Apple has launched its three new generation smartphone iPhone 8, iPhone 8 Plus and as a grand surprise iPhone X. In this article, you will find each and every detail about iPhone X which was launched yesterday, held in Steve Jobs Theater.

iPhone X is defined as future of smartphone during the launch. It was introduced to the world with some impressive notes on its hardware and software.

iPhone X is having front and back made of glass with a strengthening layer that’s 50 percent deeper. A seven-layer ink process allows for precise hues and opacity, and a reflective optical layer enhances the colors. And an oleophobic coating lets you easily wipe off smudges and fingerprints. It has stainless steel band that wraps around and reinforces iPhone X is a special Apple-designed alloy that’s both durable and purer. For space gray finish, a process called physical vapor deposition is used which helps to precisely match the color of the stainless steel band to that of the glass.

Apple iPhone X is having 5.7” Super Retina HD display with a resolution of 2436×1125 pixels having 458 pixels per inch and this is the highest resolution in density ever in iPhone. The display works on OLED technology. It’s custom built to exacting standards, allowing for an HDR display with a 1,000,000 to 1 contrast ratio, high resolution and brightness, wide color support, and the best color accuracy in the industry. Furthermore, this is the first OLED display ever in an iPhone.

The OLED panel follows the curves of the device into the farthest reaches of the corners. Then it uses a process called sub pixel anti-aliasing to tune individual pixels for smooth, distortion-free edges. It has True Tone technology which uses an advanced six‑channel ambient light sensor to subtly adjust the white balance onscreen to match the color temperature of the light around you. So images on the display look as natural as on a printed page, reducing eyestrain.

iPhone X is a true High Dynamic Range (HDR) display. You can watch movies and shows in Dolby Vision and HDR10. Your HDR photos will look even more amazing. And you’ll be able to watch HDR titles from iTunes, Netflix, and more.

The length and width of the iPhone X’s screen are longer and wider than its iPhone 7 predecessor. This means that users will have the opportunity to enjoy photos and videos in larger settings with richer resolution. Plus, iPhone X’s OLED display is a noteworthy addition from the company. The OLED display is supposed to provide better color and image accuracy while allowing users to control brightness levels with more autonomy.

What a neural engine is.

A neural engine is a hardware that’s purpose-built for machine learning, a type of artificial intelligence that enables computers to learn from observation. It’s capable of incredibly fast computations needed by neural networks while also being incredibly efficient.

What a neural engine does.

The neural engine in the A11 Bionic chip is a dual-core design that recognizes people, places, and objects. It tears through machine learning tasks at up to 600 billion operations per second and is the driving force behind innovative new features like Face ID and Animoji.

With the A11 Bionic chip, AR games and apps reach a new level of fluidity and realism.

iPhone X features a Dual 12MP pixel rear camera having an aperture of ƒ/1.8wide-angle aperture,ƒ/2.4telephoto aperture and with OIS-Dual optical image stabilization. The wide-angle and telephoto cameras on iPhone X enable optical zoom, as well as the digital zoom of up to 10x for photos and 6x for videos.

Using a state-of-the-art seven-magnet solution, iPhone X includes a second OIS system in the powerful ƒ/2.4 telephoto camera. Together the two cameras enable optical zoom to bring you closer to your subject.

An all new feature has been added to it which you have not seen any other smartphone which is Portrait Lightning. It is still under development or we can say that it is going to be better with time. Portrait Lighting combines complex software and hardware like depth‑sensing cameras and facial mapping to produce the effect of real studio lighting. It also delivers advanced pixel processing, wide color capture, faster autofocus, and better HDR photos.

A next-generation HEIF compression technology lets you take new photos with the same quality as before at half the file size. And the Quad-LED True Tone flash delivers illumination that’s up to two times more uniform, helping to reduce hot spots.

It supports 4K video up to 60 fps at Slo-mo1080p up to 240 fps. Advanced video stabilization uses a new, larger sensor and the powerful ISP to stabilize everything you’re shooting. And optical image stabilization is designed to reduce motion blur and handshake in low-light videos.

The TrueDepth camera system allows you to take amazing photos and enables Face ID. It’s housed in a tiny space at the top of the display. The TrueDepth camera analyzes more than 50 different muscle movements to mirror your expressions in 12 Animoji.

After all capturing such shots, you need storage as well. It has two storage options 64GB and 256GB.

iPhone X is precision-engineered at the microscopic level to protect against water, splashes, and dust. It has a new capability which is wireless charging. With a glass back and an embedded wireless charging system, iPhone X is designed for a wireless future. Apple iPhone runs on iOS 11.

It has a non-removable battery which lasts up to 2 hours longer than iPhone 7. It is a single Nano SIM smartphone loaded with connectivity like Wi-Fi, GPS, Bluetooth, NFC, USB OTG, 3G, and 4G. iPhone X is not compatible with existing micro-SIM cards. Supports 802.11ac Wi‑Fi with MIMO, Bluetooth 5.0 wireless technology, NFC with reader mode etc.

All the information provided on this page has been gathered from Apple only. No modification has been done in the information. This is shared for the users who want to know about the Apple iPhone X.  It is possible that by mistake some incorrect information filled you might find in this article. 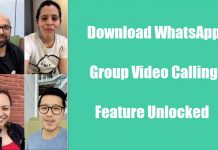