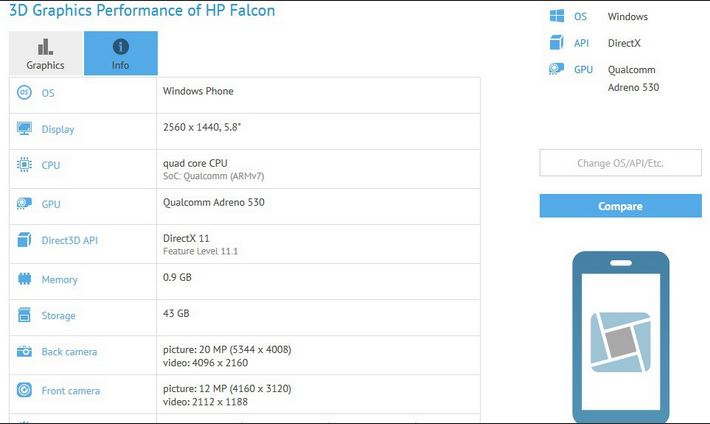 Numerous rumors are travelling in the market about the HP Falcon specification. HP Falcon is rumored to have latest powerful processor which is Qualcomm Snapdragon 820 bundled 2 GB RAM for good multitasking. To handle high intensive graphical games, it will have Adreno 530 for the game lovers.

HP Falcon will have 5.8 inches QHD display protected by the gorilla glass. The smartphone may be loaded with 20MP rear camera and 12MP front facing camera. To store all the data it will have large internal memory of 64 GB and it may come with internal memory option ranging from 16 GB to 64 GB and will not support microSD card.

There is a lot more news and information to come about this latest flagship device of HP. No exact information is available about this device but it will be great to see that if it get launched soon then it will give a good healthy competition to other devices running Windows 10.

Xiaomi Mi5 released to be soon at the end of Jan...