Lava is one of the fastest growing mobile handset companies in India and one of the companies which has invested in R&D and products are tested in India and China. Lava Mobiles has launched numerous smartphones with good features to satisfy the needs of their customers. Lava Mobiles has recently launched the Lava Pixel V1 in the budget of Rs 10,350 having OS-Android One and new update of Android One has arrived which is Android Marshmallow 6.0 and it’s the first smartphone of Lava which has got Marshmallow 6.0 update. 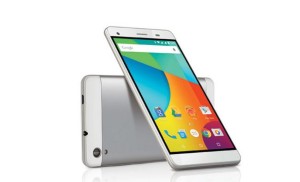 Lava Pixel V1 has 5.o inch display which makes easy for the users to hold the phone and have 76.3% screen-to-body ratio. It has a light weight body and sleek design to make it look stylish and glossy. Laval Pixel V1 is powered by 1.3 GHz Octa-core processor with 2 GB RAM and has internal memory of 32 GB. Lava has also provide the GPU Mali 400MP2 for the gamers to play games but you won’t to be able to do high intensity 3D gaming which is usually seen in the mid-range budget phones.

Lava Pixel V1 was initially launched having Android One as Operating System and now it’s the first smartphone of Lava which will have Marshmallow 6.0. You can easily update your smartphone Pixel V1 to enjoy the new OS on your device.