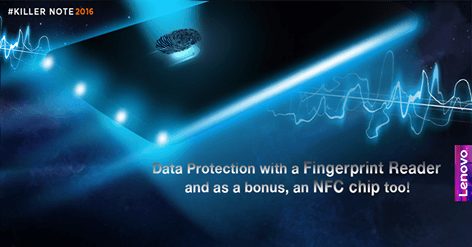 Lenovo K4 Note is going to be the latest smartphone which will be launch by Lenovo in Jan 2016. Another confirmation has been provided by the Lenovo in a tweet about the features of #killernote that it will have Fingerprint sensor. 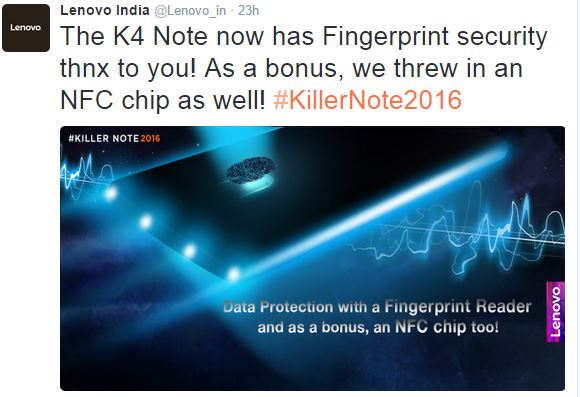 Lenovo has also mentioned in the tweet that #killernote will be having NFC as well. Many of the users don,t know about the NFC feature but it has become one of the important feature of the latest smartphone devices.

NFC allows short range communication between two compatible devices, to use NFC both devices should e NFC enabled. NFC uses a technology which is based on older RFID (Radio-frequency identification)methods, which uses electromagnetic induction in order to transmit information.

NFC is faster than Bluetooth in terms of connectivity as it establish the connection between two devices within one tenth of a second, a speed which has been recently matched by Bluetooth v4.0. NFC has drawback also compared to Bluetooth, NFC is short range communication while Bluetooth can communicate and send data upto 10m distance between the device and NFC data transmission speed is slow as compared to the Bluetooth but NFC requires less power to be operated.

Lenovo has confirmed few things via tweet that #killernote which is K4 Note will surely going to have 3GB RAM and Fingerprint sensor and a NFC chip in the smartphone. Others specifications are not yet provided by the Lenovo, but as soon as there is a news from Lenovo about K4 Note, we will update the article. 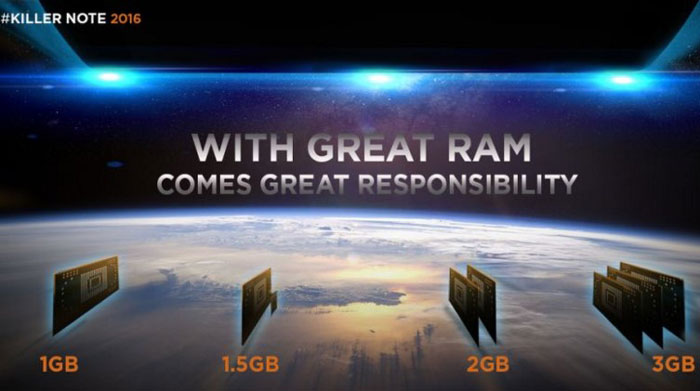