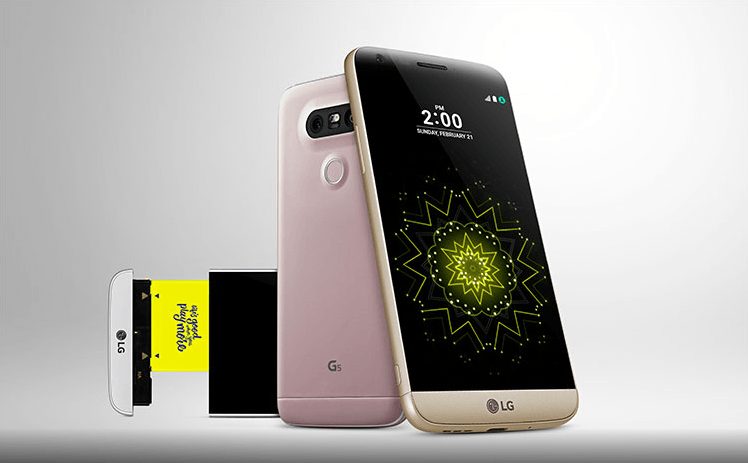 A modular smartphone is made out of separate components, which enables users to replace or upgrade certain functions independently. Users are enable to pop out the phone’s bottom component and replace that component with new hardware features.

LG G5 is loaded with new features and great specification that are specified below. LG G5 is loaded with the latest Qualcomm Snapdragon 820 which is a 64-bit processor clubbed with 4 GB RAM. With such high processor it is having a powerful Adreno 530 GPU which work fluently during the need of high intensive gaming and at the time of other processes. It has a fluid metal body and beveled glass on the front which is separated by the single seam from the bottom which is a modular component and can  be removed to access the battery and card slots, and other components can be added. They all will work properly once you reboot the smartphone. It is having 8MP front facing camera to capture the selfies with your love ones.

LG has added the Bang & Olufsen (B&O) sound system which is also used in the Audi cars for the brilliant performance, to give the customer sharp, clear and amazing sound quality. It has 135 degree wide angle lens with 8 MP sensor while the other has 75° Field of View (FoV) and 16MP sensor. Images from both cameras can be merged with various effects and a real-time preview. The main camera on LG G5 smartphone is having regular lens for standard shots and a wider-angle lens so you can capture more the perfect moments with the superb picture quality without lacking in any phase. 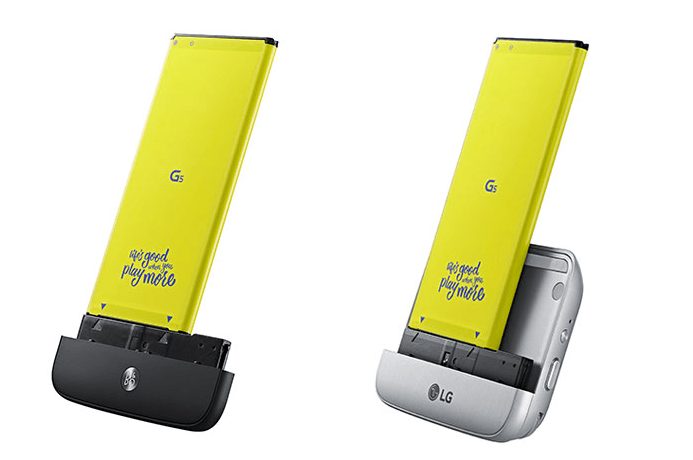 LG G5 has always-on Display which allows users to view notifications time, date and other notifications without waking the G5. It has features like NFC, fingerprint sensor, Quick Charge 3.0 for fast charging.  Other general specifications are that it is having 32 GB internal storage which can be expanded up to 2 TB with the help of microSD card slot. It runs Android 6.0 Marshmallow and fueled with the 2800mAh removable battery. 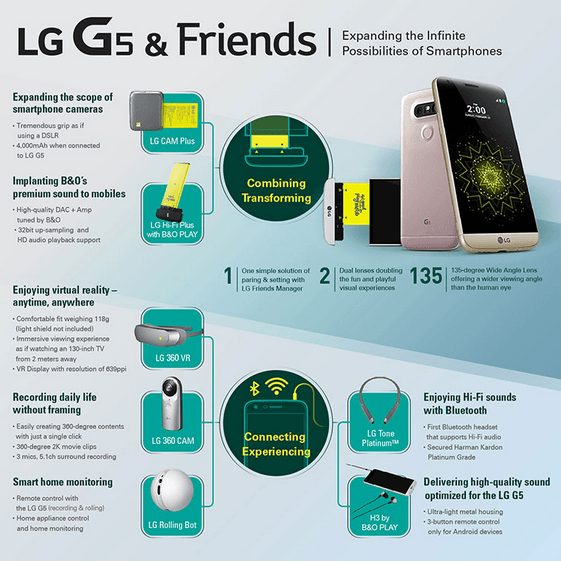 It is available in for different colors namely Silver, Titan, Gold and Pink and the phone will launch in early April in the initial group of countries as per the news. LG will have its own VR headset that’s attached by a cable — a lighter version of Samsung’s Gear VR. The price of the smartphone G5 is not revealed yet.

LG G5 is set to Launch Globally on March 31