Microsoft is trying to emerge as big brand in market by launching its different variants Window phones. After purchasing the Nokia, Microsoft has trying to capture the market with its windows phone. There was no such phone launched by Microsoft which can be called a Flagship phone of Microsoft but now it’s about to change because Microsoft has launched two flagship phone Lumia 950 and Lumia 950 XL. It has got new features and specially comes with Windows 10. Lets check out microsoft lumia 950 xl dual sim full specification. 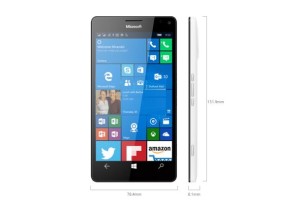 Microsoft Lumia 950 XL gives you a superior performance in terms of gaming and photography. Lumia 950 XL has 20 MP Rear camera with 4K recording. Main camera also has auto focus with two stage capture key and optical image stabilization and uses the Natural flash to capture the moments. While the front camera is Full HD 5 MP wide angle with features like still image capture, video recording, video calling and it records the video in full HD. Also, you get the inbuilt app Creative Studio for optimizing your photography. 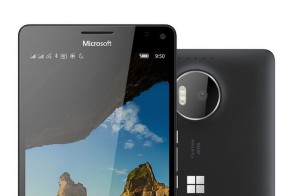 Lumia has 3340 mAh replaceable battery and wireless charging feature. It has USB-C fast charging which charge the phone upto 50% in 30 minutes. The back cover of the phone is also exchangeable and have other features like Voice Commands, Glance screen. The phone price will be around Rs 42,999. It will be quite interesting to see how the users will react towards the phone after its launch.