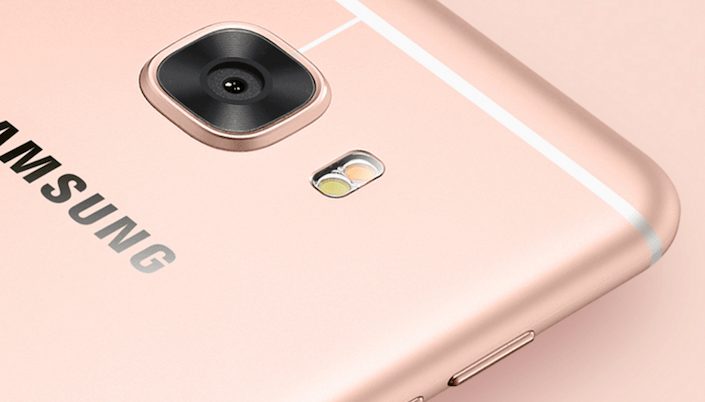 Samsung Galaxy C9 has been spotted before this as well but now it is spotted on Geekbench in which it is revealed that it will have 6GB which is clubbed with Qualcomm Snapdragon 652 processor.

This will be the first Samsung mid-range smartphone which will have 6GB RAM. With such processor Galaxy C9 sports with Adreno 510 GPU. GPU is provided in the smartphones to support the gaming and for the multimedia which requires high graphic performance . But every processor has their own capabilities up to which they can perform. 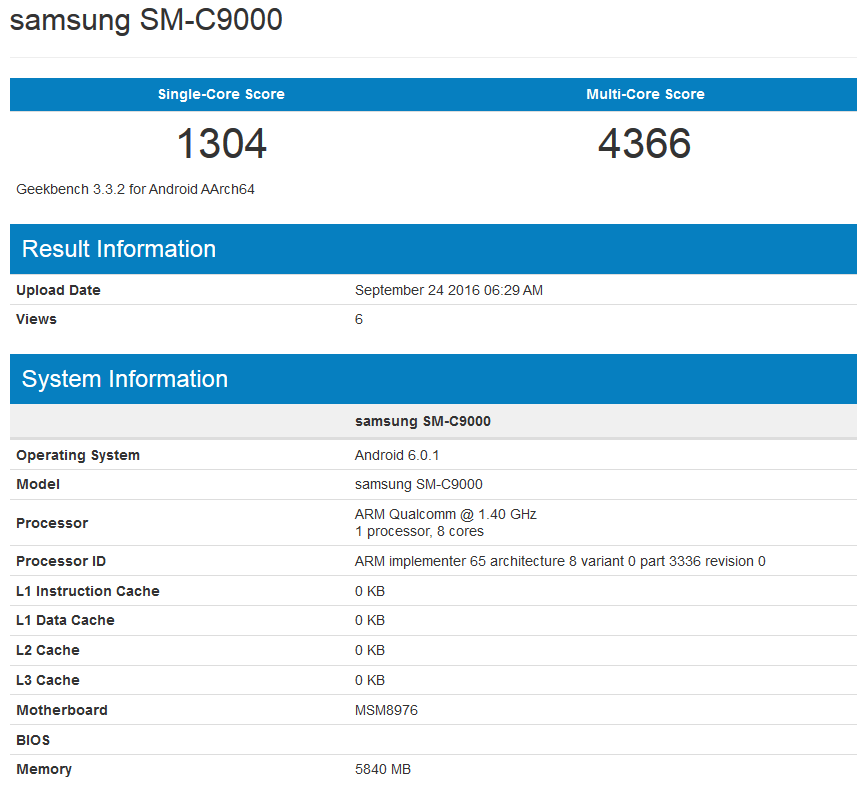 Furthermore, as it is revealed on Geekbench it also states that single-core score for the Galaxy C9 was 1304 while for the multi-core test the phone scored 4366.

As the processor is used in it is Snapdragon which is having the clockspeed of 1.4GHz. The Listing also reveals that the Samsung Galaxy C9 runs on Android Marshmallow 6.0.1 with the company’s own TouchWiz UI on top. 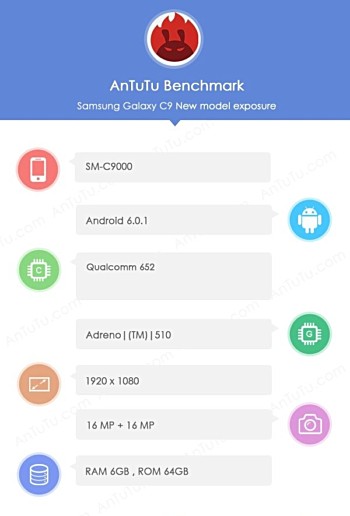 Galaxy C9 is also spotted on AnTuTu on which furthermore information is provided. According to which Samsung Galaxy C9 has 6″ Full HD display having the resolution of (1920x1080p) pixels. It has 64GB internal storage which might be expandable or maybe not. Apart from this it also has 16MP rear as well as the front facing camera of 16MP which might attract the users.

Expectations about Samsung Galaxy C9 is that it go on sale in November in China. Other details of the smartphone are not received yet. There is no proper announcement regarding the price, launch date and exact specification of the Galaxy C9.