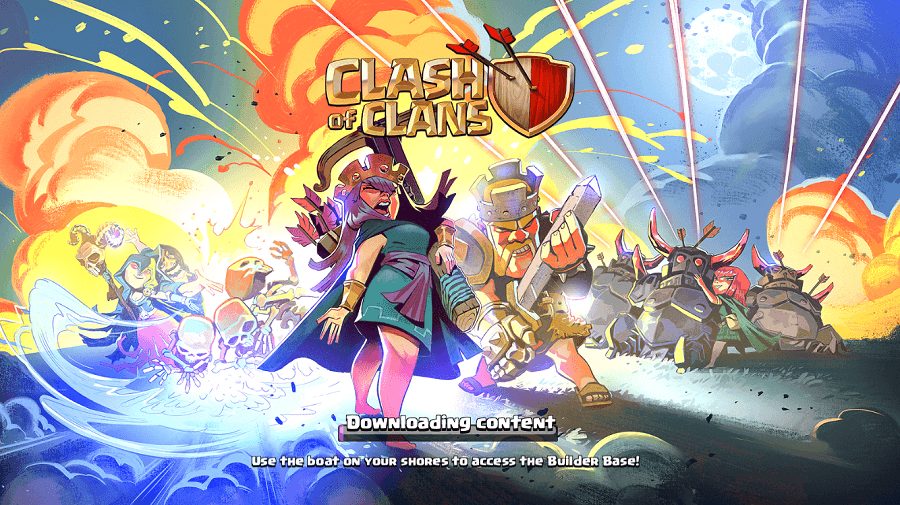 Clash of Clans is a single-player and multiplayer game that is available for Android and iOS platforms. In this game, players can form their own group (called clans) and can have the name of the group as per their choice. Only leaders (one who created the group) and co-leaders have the authority to modify, edit, and kick out any player.

Different clans from different parts of the world fight against each other and the whole game runs with the help of the Internet only. Each player has their own castle called a town hall in which he has his army/troops and defending weapons to protect from the attack of others. A single-player battle mode is also available in the game but that too won’t work without an Internet connection. Mustachioed Barbarians, fire-wielding Wizards, and other unique troops are waiting for you! Enter the world of Clash!

Must Read: What is the Clan War League and how it works?

What’s New in Clash of Clans

Q1: Clash of Clans (COC) is an online game or offline game, do I need an Internet connection to play it?

Apparently, Clash of Clans is an online game, it requires Internet access in order to provide players gameplay and social content to your gaming experience, as well as the ability to play live with the rest of the Clash community.

Q2: Why do I keep losing connection?

For a smooth Clash of Clans gaming experience, it’s very important that you are connected to a stable network and the Android device’s signal is strong enough. This is especially true if you play in a moving vehicle or on underground public transport. As with any other online service, we recommend playing over wifi with a good internet service provider, or at least a solid 3G/4G connection with a reliable carrier.

Q3: Clash of Clans Android game keeps crashing, what to do next?

Take the following steps to fix the Clash of Clans crashing problem.

1. Close the app and relaunch it. Power your device off and back on, then try re-launching the app. Remove the app and then re-install it.

2. Make sure you’ve downloaded the latest version game from the Google Play Store. Or you can download and update the Clash of Clans APK file on APKPure.com.

4. Clear up more storage memory by uninstalling apps you don’t use. Also, try to transfer or backup videos and pictures from your Android device.

Clash of Clans COC game the next update?

Supercell has revealed that it will be hosting a new event on 24 October that might bring a major update to the popular Clash of the Clans video game.

Here are some of the things that are rumored to be part of the next update of Clash of Clans (COC):

Town Hall 11: Presently, many players are stuck in Town Hall 10 and cannot move further; they have to be content with raiding other bases and upgrading their defenses. If Supercell opens up Town Hall 11, it is likely to bring a plethora of new things to the game. It has the chance to reinvigorate it and push more content. It has been predicted that this might bring upgrades to spells.

Single Player maps: This will be a boon to players who have loved to play single-player modes or for players to test out their new skills and strategies.

Level 8 Barbarians: Upgrade to Town Hall 10 Clash of Clan players might also get powerful new Barbarians from Level 7 to Level 8.

Clan Tourneys: A new upgrade could include 5v5 and 10v10 people tournaments that could be incentivized with bigger rewards like gems and loots.

Dark Troop upgrade: Dark Troops could also be leveled up or there might be new troops to cater to fans.

New Hero: Several new updates but no new Hero of the likes of King and Queen. This new character could have the ability to power up and evolve.

For more information, the latest news, and updates stay tuned to us. 🙂