Redmi K20, this is gonna be the flagship smartphone loaded with Snapdragon 855 and many other features. Yesterday, the Redmi brand’s General Manager Lu Weibing officially announced the upcoming device will be called as Redmi K20 and Redmi K20 Pro. Also, the K stands for ‘Killer’, flagship killer to be precise. #RedmiK20

According to Weibing “K series is the performance flagship of Redmi and K is the killer first”. So we know where the K comes but why the 20 you may ask? Well, as we have some more information about it ⇓ posted using Redmi K20 on weibo 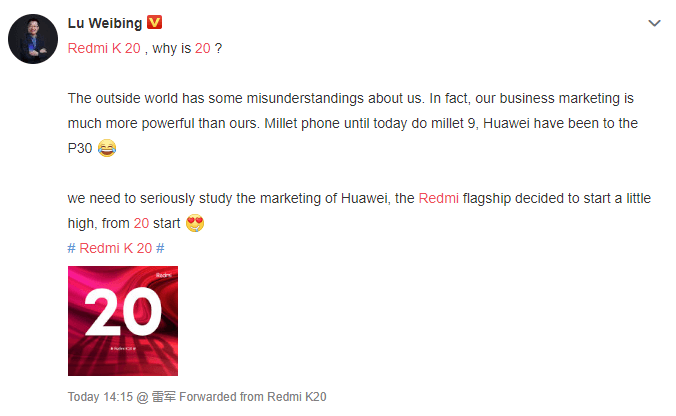 As per the rumors, Redmi K20 Pro will have a 6.39-inch FHD+ AMOLED no-notch display with an in-display fingerprint reader. The front and back are both anticipated to be protected by Gorilla Glass 6 protection.

Furthermore, it can feature a triple camera set up at the back which could include 48-megapixel primary sensor, an ultrawide lens on an 8-megapixel sensor, and a telephoto lens on a 16-megapixel sensor. The front camera will be a pop-up mechanism and sport a 20MP sensor.

It is possible that it is available in two variants with 6GB RAM +128GB internal storage while another will be having 8GB RAM +256GB internal storage. As it is gonna be a flagship smartphone it will be having Qualcomm Snapdragon 855 chipset. While it will be fuel by a 4,000mAh battery with 27W fast charging. The phone will be offered in Carbon Black, Glacier Blue, and Flame Red colors. We should be hearing more news about the Redmi K20 so stay tuned. 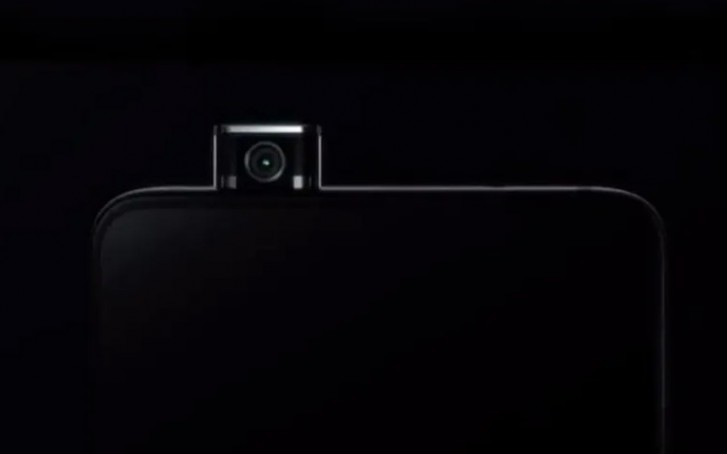 While there is no confirmation as to when the product is going to launch but there is a possibility that it will be launched by the end of this month in China. We are considering that the K20 or the K20 Pro could launch as the Poco F2 in international markets.

For more information and the latest news stay tuned with us.