Samsung Galaxy On8 features a 5.5″ Full HD super AMOLED display having the resolution of 1920 x 1080 pixels. It is powered by an octa-core Exynos 7580 Processor clocked at 1.6GHz coupled with 3B RAM. It is loaded with Mali T720 MP2 GPU which help during high graphical performance tasks. 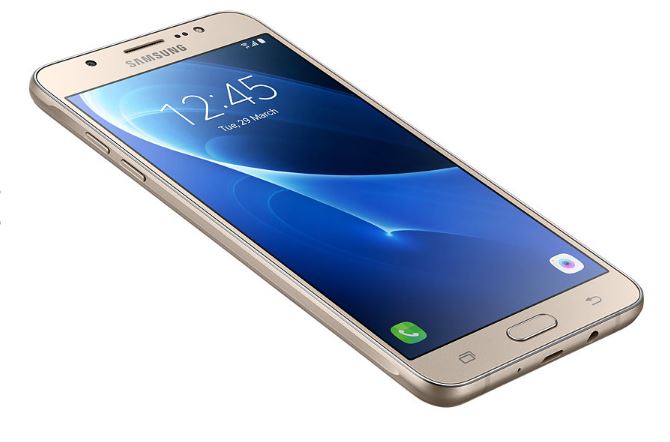 The smartphone is priced at Rs 15,900 and is available on Flipkart in Gold, Black and White colour options.

Samsung Galaxy On8 built design is very similar to the 2016 J series. just to maintain the market, another budget handset is launched by Sasmung i.e. Galaxy On8. Unlike the new Samsung Galaxy J7 Prime and J5 Prime the Galaxy On8 has a polycarbonate casing.

The smartphone has all innovative features such as s-bike mode, ultra –data saving, S-power mode.  It has 5.5 inch FHD display which gives a user a spectcular viewing experience. It has 16Gb internal storage from which you will get only 10.4GB which you can use, but nevermind as you can expnad the storage up to 128GB via MicroSd card slot.

Its camera performance is upto the mark as it captures beautiful images with sharpness and clearty that even if you zoom on it the images don’t get distorted easily. It givees you the clearest possible photos in even the darkest of conditions with its superior and fast F1.9 lenses for both rear and front camera. Better yet, simply double tap the home button to access the camera.

Coming to the processor and RAM, it has 1.6GHz with 3GB RAM. While doing multi tasking and using for a long time you will start feeling that smartphone lag at somepoints. It has Mali T720 which helps in graphical tasks to be done in an easeful way.

It has a massive size battery of 3300mAh which easily last up to a day and using on 3G Network it will remain active 7-8 hours on usage approximately. Its long-lasting, with Ultra Power Saving Mode keeps all your favourite applications performing smoothly over the long run so you never have to lose sight of what’s on screen.

It is decent handset which is launched by Samsung but there are many other options as well if you keep your brain open. The Samsung Galaxy On8 is currently listed on Flipkart. The Galaxy On8 India price is 15,990, which feels a bit steep.

Overall the new Samsung Galaxy On8 is a bit high in cost as other Brands are providing high configuration in this range.

Samsung Galaxy C9 is shown up with 6GB RAM & Snapdragon