Honor 8X which is a mid-range budget smartphone. As most of the mid-range market is consumed by Xiaomi products as they have a large variety in that section. Now Honor 8X is available at Amazon for purchase.

This smartphone is having a huge 6.9″ display has the resolution of 1080 x 2244 pixels at a PPI of 396. Honor 8X comes with a 6.5 inches LTPS Notch Display with 91% screen to body ratio and borderless full view notch display. The phone has a glass body design which gives a premium look to it.

With its nearly borderless design, Honor 8X retains the size of a 5.5″ phone, which makes it easier to grip. The 19.5:9 aspect ratio and enhanced visual quality offer more details and a better cinematic experience.

The glass body design features a second-generation anti-glare film, with two visual effects and 15 layers of rich reflective craftsmanship on the same glass back. 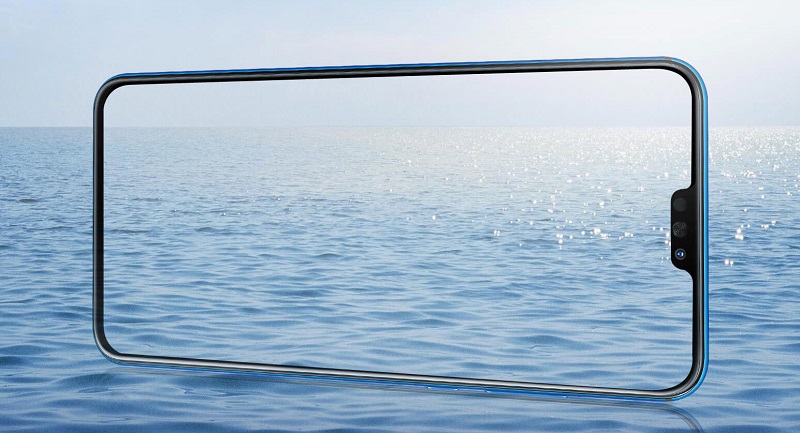 Huawei Honor 8X runs Huawei own HiSilicon Kirin 710 chipset with two quad-core Cortex A53 processors that function on up to 2.2GHz of clock speed. Honor 8x have Mali-T830 MP2 GPU with 4GB RAM for better graphics and other task performance. The GPU turbo boosts efficiency in graphics processing with full FPS and FPS stability for gaming, while still reducing power consumption.

The Honor 8X features rear dual camera 20MP having f/1.8 aperture lens with 2MP primary camera. The front is having 16MP with an enhanced ISO and supports 4-in-1 light fusion and multi-frame image processing to create quality and beautified selfies with bokeh effects.

The AI multi-scene recognition of the camera can identify 22 different categories of objects in photos and 500+ different scenarios in real-time.

The AI dual-camera can take pictures at resolutions up to 20MP. With AI beauty effect, you can adjust and retouch photos based on area segmentation. Additionally, there are features like Digital Zoom, Auto Flash, Face detection and Touch to focus.

The smartphone has 64 GB internal storage that can be further expanded up to 400GB. It comes in three variants, 4GB RAM + 64GB and the second variant 6GB RAM and 64GB storage. The last variant offers 6GB RAM and 128GB storage variant. It runs on Android 8.0 Oreo out of the box, with Huawei’s EMUI 8.2 skin on top.

The Honor 8X is powered by a 3750mAh with an intelligent battery-saving system to optimizes power consumption, giving you more screen-on time.